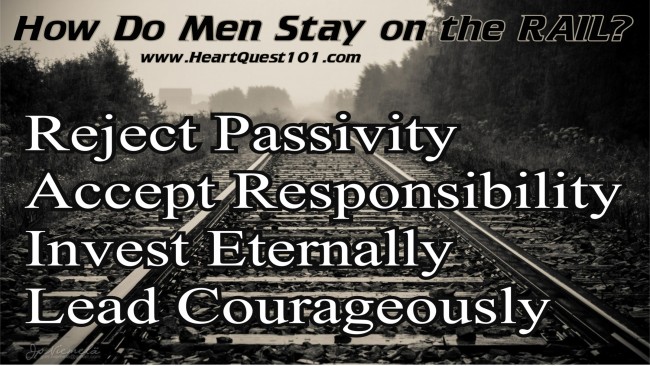 I have always been aware of numbers. Go to any gathering of ministers and the conversation always turns toward how many we have in our programs. Kent Hughes has a great resource I have valued for years, “Liberating Your Ministry from Success Syndrome.” While I understand the need for measurement, the question is, “what is the best way to do that?”

“Numbers. They’re the currency of ministry. The crowd has become the definition of ministry success.” — Thom Schultz

As an example on a local level, how many people attended your last Bible study or event? And how did you feel about that number? Probably one of two ways:

Sound familiar? You invested a lot of time, energy, and emotion to create the opportunity for people to connect and grow in their faith. You prayed. You asked God for wisdom, guidance, and strength. You were excited for the vision he gave you and your ministry team.

Then, only 5 people showed up, or only 50, or only 200 instead of the 250 you had last time. The numbers fell short. You felt disappointed, discouraged, and perhaps even defeated.

How would Jesus measure success? “When you produce much fruit, you are my true disciples. This brings great glory to my Father” (John 15:8). People are easy to count. Spiritual fruit is not. So after your next event, will you count quantity, or will you invest the time to measure quality? If the number was small, how where the people in the small group impacted?

In order to measure quality, count change, the true currency of ministry. If only one person showed up for your Bible study, would you be willing to laugh, cry, and share as God transforms that person’s life? One solitary life? Isn’t it time we got excited over a few who get it, a couple whose lives are changed, instead of the number of chairs we filled?

Practically: Ask the people impacted by your ministry leadership to share their stories. Make a file or ministry database filled with short testimonies to document how people’s lives were transformed through your ministry. Maybe start a Facebook page or blog to create opportunities for people to share.

Remember, the number in the crowd does not equal the success of your ministry. Even though Jesus had large crowds follow him, the people weren’t amazed because of the numbers. They were amazed at HIM. Measure the fruit of change in your ministry, and you’ll be amazed at Jesus, too!

Take a moment and think about some of the familiar stories we heard as children (like “Cinderella” or “The Ugly Duckling”). What do they have in common? They are stories of transformation.

There’s a story of true transformation you will find in Genesis 28, where Jacob turned out to be one of the brightest stars in the Hebrew heaven, but he didn’t start out that way. He began as a failure with so much going against him.

Jacob had a lot of family problems. His father, Isaac, loved God, but he was a very sensual man. His mother, Rebekah, was a scheming woman who helped Jacob deceive his father (Genesis 27:5-17). Jacob’s twin brother, Esau, was a self-sufficient, self-centered brute who didn’t care at all about the things of God.

Jacob also had internal problems. His name originally meant “trickster” or “liar,” and that’s what he was by nature. It was hard for him to do right. He was just moving through life from one failure to another, but I want you to see God’s grace in Jacob’s life.

With all Jacob had against him, he did have a couple of redeeming factors.

The second thing Jacob had going for him was that he had a spiritual hunger; he wanted to know God. Early in his life, he had cheated his brother out of the birthright which was the spiritual blessing (Genesis 25:19-34). Although Esau didn’t really care about the spiritual blessing, Jacob wanted it, but went about getting it in the wrong way.

Because of these two factors, Jacob experienced a transformation in his life (Genesis 28:10-22). Jacob had left his home because Esau was trying to kill him. He had been gone for many years and on his return trip he spent the night in the desert and had a dream about a ladder that came down from heaven with angels ascending and descending on it.

Up to this point, Jacob had been a religious man, but I don’t think he was a saved man. He was like a lot of people: he knew ABOUT God, but he didn’t KNOW God personally. He was separated from God, separated by his deceitfulness and sentenced to death.

New Consciousness: God began to reveal Himself to Jacob, and suddenly he had a new consciousness of God. Genesis 28:16 says Jacob awakened out of his sleep and said, “Surely the Lord is in this place, and I wasn’t even aware of it!” God revealed himself to Jacob but he almost missed him!

New Communion: Along with a new consciousness, Jacob also had a new communion with God. Genesis 28:17 says he was afraid. He said, “What an awesome place this is! It is none other than the house of God, the very gateway to heaven!”

Then Jacob rose up early in the morning, took the stone that he had used for his pillow and set it up for a pillar. He poured oil on the top of it and worshiped God. Jacob then changed the name of the place as it’s told in Genesis 28:19, “He called the name of that place Bethel: but the name of that city was called Luz at the first.”

Bethel is the place where he met the Lord. Meeting God at Bethel transformed Jacob’s life.

Do you have a Bethel? Do you have a place where you moved from separation to fellowship with God? From failure to success? God loved Jacob, and he loves you. Even though you may see yourself as having so much against you, you have the same thing going for you that Jacob did, and that is that God loves you.

Do you have the ladder? There’s a ladder that goes from Earth to heaven and his name is Jesus. He said, “I am the Way, the Truth, and the Life.” (John 14:6) and he wants to transform you from a failure into a success.

Have you ever asked this question in a group of church people? “How do you know if the church is being successful?”

Generally there is silence and a perceived need for clarification, so let’s rephrase the question: “How do you measure the success of your ministry?” Generally more silence. Either people are afraid to say what they think, or they have no definitive answer.

We’re wired with a desire to succeed, whether it’s a relationship, the classroom, the marketplace, the athletic field, or ministry. Since success is so important to us, we should have a way to measure it.

Consider these four questions, which are intended for every believer, not just pastors and church staff, because God wants us all to pursue success as He defines it.

Question 1: Are You Being Faithful?
I read a book long ago called Liberating Your Ministry from Success Syndrome. In that book the author challenged the reader to step away from the numbers game. Pastors love to play this game at the Convention… “We grew by 55% this past year,” or “We baptized 30 new believers.” But the pastor of a small church who faithfully preaches the gospel, witnesses in the community and shepherds his local congregation year after year with little results, what about him? The numbers indicate that he is not successful like these other churches.

I suppose that we would declare the apostle Paul as unsuccessful… after all, he was a jail bird who was run out of town on several occasions, causing riots and turning the world upside down. But I suspect that none of us would classify Paul as a failure.

We all want to hear God say, “Well done, good and faithful servant.” Hearing those words would shout success. In the parable of the talents (Matthew 25:14-30), it’s profound to note that the master commended faithfulness: What did you do with what I gave you? The second servant received the exact same commendations as the first servant, even though he produced less of a return. Jesus is making the point that being a faithful steward of what you’ve been given is what matters most. Are you being faithful?

Question 2: Are You Bearing Fruit?
In John 15:1-11, Jesus taught that it’s God’s will that we bear much fruit. As we do so, God is glorified, and we prove to be Christ’s disciples. The New Testament speaks of two kinds of fruit:

So, are you bearing fruit?

Question 3: Are You Fulfilled?
My dictionary defines fulfill as, among other things, “to make full.” Is your life or ministry making you full of joy. Looking again at the parable of the talents, the master told his faithful servants, “Enter into the joy of your master” (Matthew 25:21, 23). Joy is one of the primary blessings of faithful and fruitful service.

This is exactly what Jesus indicated as He concluded His remarks in John 15 about fruit-bearing: “These things I have spoken to you, that My joy may be in you, and that your joy may be made full” (John 15:11). Jesus taught them to bear fruit so they would know His joy, and experience it in the fullest way. Are you fulfilled?

Question 4: Are You Making God Famous?
God wants us to be faithful, to bear fruit, and to experience fulfillment (his joy) in a way that makes him famous. Peter teaches that the faithful exercise of our gifts is “so that in all things God may be glorified” (1 Peter 4:10-11). Jesus tells us, “My Father is glorified by this, that you bear much fruit, and in such a way that they may see your good works, and glorify your Father who is in heaven.” (Matthew 5:16). Are you making God famous?

Imagine for a moment what your church or ministry would be like if every believer was successful in biblical teams: faithful, fruitful, fulfilled, and engaged in making God famous. While such an objective may not be as quantifiable as other measures, it’s worth pursuing because it’s God’s measurement of success.

High achievers like Pat Summitt, the Lady Volunteer’s Basketball Coach, demand the best from themselves and others. You might think that her high standards and demanding ways are the reason her teams have won three national titles over the past four years, but you’d only be partially right.

After a dry spell in the mid 90’s, Summitt popped a cork on the long ride home from a game the team should have won. Summitt chewed on one of her seniors so hard that it devastated the athlete. After a sleepless night, Michelle Marciniak, the player, called her coach at six in the morning saying she needed more than to be told when she makes mistakes, she needs some encouragement too.

That early morning phone call served as a “wake-up call” for Summitt in more ways than one. Slowly, she’s changed her ways to avoid breaking a player’s spirit. Her new combination of high standards and an encouraging spirit is taking the Lady Volunteers to a new level.

Criticism has its place, but it always takes second place to encouragement.

” …not forsaking our own assembling together, as is the habit of some, but encouraging one another; and all the more, as you see the day drawing near.” (Hebrews 10:25)