I was just today reading some information about VISION from Bruce Wilkinson, regarding Proverbs 29:18, which says, “Where there is no vision, the people are unrestrained (or perish), But happy is he who keeps the law.”

Wilkinson mentions that meanings of the Hebrew meaning adds a lot to the understanding of the verse. The word for VISION never means a plan or a goal, but rather a “divine revelation” (the essence of our Bible, a record of God’s self-revelation of himself). The word used for PERISH never means to lose motivation, slip into apathy, or death, but rather, “to run without restraint into immorality.” So the better translation is “Where there is no Bible (taught correctly) the people will run without restraint into immorality.” It is little wonder why teaching the Bible is so important!

When it comes to making plans for the future, how do you cast a vision that will motivate people toward the great possibility of what you see? Here are four elements that we need to keep in mind, according to pastor Ronnie Floyd.

When you are casting vision, I think you need to filter it by ensuring the vision is:

Clear: Clarity around a vision is imperative. As the communicator, you have to be clear about your understanding of it. This is why writing the vision is also imperative. This written documentation is what you will return to again and again. Through a meticulous process, you learn how to communicate the vision clearly. When the vision is clear to you, you are more able to clearly communicate it to others.

Concrete: I think having a concrete vision means that you have a vision that is real and tangible. It is not about using language that no one understands or trying to impress others with great and extensive content. It is a vision that people can touch, feel, and become engaged in personally.

Concise: In today’s world it is really true: less is more. This is especially true when we cast a vision. It needs to be concise. It needs to be brief, free of too many details. You will go deeper into details so you know that you understand the vision; however, when you cast it before others, they just need to know the work is already done. You need to be on top of it, but remember you are breaking it down, not only so others can grasp it, but also for them to be able to communicate it to others. I will state it again: It is not about how much you share, but share enough for the people to have complete clarity.

Compelling: A compelling vision moves the people to action. As a servant-leader, you are God’s instrument to rally the people to a better future. You are there to lead them into a future where they would not go on their own.

To sum up, the vision has to be…

In  the Bible we must remember who accomplishes these great acts… who delivered the people of Israel out of Egypt? We tend to say Moses, but it was actually God who delivered them (Psalm 81:10-12) using Moses to do it. Moses tried to assert himself and be the deliverer (Exodus 2:11-15) and failed. It was 40 years later that God sent him back to bring God’s people out.

Understanding what God is about to do where I am is more important than telling God what I want to do for him.

God’s way is always the best way. When God reveals what he is up to, it is our responsibility to adjust our lives to what God is about to do.

The prophets had a two-fold message:

So, how do we adjust our lives toward what God is doing in our personal life, family life, church life, work life, community and nation?

Martin Luther went against the established church when he came to understand that the just shall live by faith, and what it means to be saved… and brought about a great Reformation.

Charles and John Wesley prevented a bloody revolution (like in France) by initiating a sweeping revival in England.

When God wants to interrupt your life for something great, we often react with a self-centered way by declaring, “I’m not trained, so I can’t do it…” This focus is totally on SELF. We try to give God all the reason that he has chosen the wrong person for the job.

Christmas is not too far away, and Black Friday is NEXT WEEK… Enjoy! 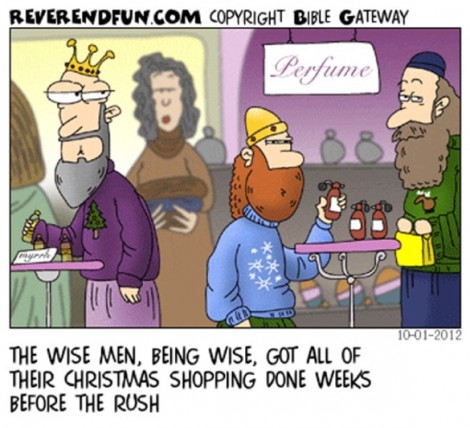 We spend most of our younger years planning our lives… which college, which degree, job choices, spouse choices, where to live, what to drive, where to vacation, retirement goals. What happens when all of a sudden you realize that all your plans and dreams have fallen short of your expectations? Perhaps you find yourself somewhere totally different than what you had planned? Let’s look at the prophet Ezekiel.

The Introduction: Ezekiel ministered to his generation who were very sinful and totally hopeless. Through his prophetic ministry he attempted to bring the people to immediate repentance and to confidence in the distant future when God would bring the people back to the promised land. He taught that:

Take a look at this passage of the Bible:

On July 31 of my thirtieth year, while I was with the Judean exiles beside the Kebar River in Babylon, the heavens were opened and I saw visions of God. This happened during the fifth year of King Jehoiachin’s captivity.  (The LORD gave this message to Ezekiel son of Buzi, a priest, beside the Kebar River in the land of the Babylonians, and he felt the hand of the LORD take hold of him.) (Ezekiel 1:1-3)

The first three verses of Ezekiel introduce us to the prophet and his unexpected calling. In Ezekiel 1:1, the prophet explains the context of his encounter with God. He was thirty years old and in Babylon with other Jewish exiles. They had settled along the Kebar River, and there, Ezekiel tells us, “I saw visions of God.”

Ezekiel 1:3 was added by an anonymous editor of Ezekiel’s book, in order to help the reader understand more about the prophet and his peculiar calling (notice the parentheses in the text). We learn interesting information…

The Irony: It would be easy to miss an ironic and moving element in this parenthetical introduction. Ezekiel 1:1 indicates all this happened in the thirtieth year, which was likely Ezekiel’s age at the time. As a priest (Ezekiel 1:3), he would have had the extreme honor of serving in the temple in Jerusalem (Numbers 4:3, see below). No doubt he spent much of his young life looking forward to this opportunity. He would have been eligible for priestly service when he turned thirty years old, but his hopes were dashed because he was exiled to Babylon during the time when he could have been serving in the temple. It’s not hard to imagine Ezekiel’s disappointment with how his life turned out.

The Interpretation: God had other plans for Ezekiel. When the priest turned thirty, the Lord began to reveal amazing visions to him. God spoke to him and told him to speak his word to God’s people. Ezekiel would have the chance to serve God in a most influential and difficult way, as a prophet of judgment and hope. God took Ezekiel’s plans and reinterpreted how he would be of service to the kingdom.

The Intersection: God has plans for each one of us and at times his plan must intersect with our plans. Sometimes God’s plans line up with our expectations, but often, they surprise us. We have plans for our life, but God may have other plans. His plans are always the best, though they might come in the midst of disappointment, discouragement and difficulty. They might also lead us into greater challenges than we would have chosen for ourselves.

NOTE on the age of service for a priest: Numbers 4:3 tells us that the priest begins his service age age 30, and must retire at age 50. But also notice that Numbers 8:24, 25 indicates that 25 is the minimum age for service. So, what’s up? It is likely that age 25 began the priest’s five year apprenticeship, before he was fully prepared to be a leader.

Another one of those basic needs for a new (or long time) believer is to become committed to the faith he professes. Walk the walk, don’t just talk the talk. While God never promises a life of ease or that we will never find ourselves in the midst of turmoil, He does promise to go through the pit with us.

Hold fast to the commitments we have made to God and others. Don’t give up. I heard Dave Ramsey say just the other day, “Don’t Quit” to a seminar of 20 Entrepreneurs and leaders across the country.

Confidence thrives on honesty, on honor, on the sacredness of obligations, on faithful protection and on unselfish performance. Without them it cannot live. — Franklin D. Roosevelt

Obedience to the call of Christ nearly always costs everything to two people–the one who is called, and the one who loves that one. — Oswald Chambers

I do not pray for success, I ask for faithfulness. — Mother Teresa

I have found that there are three stages in every great work of God: first it is impossible, then it is difficult, then it is done. — Hudson Taylor

Top 10 Practices to Sustain Your Commitment: