This is the third of six lessons in the God’s Not Dead series.

Josh begins by putting God on trial, CS Lewis used the phrase, “God in the dock” which was the British way to say, “God in the witness stand.”

Let’s take a look at some evidence, beginning in Romans 1:20… 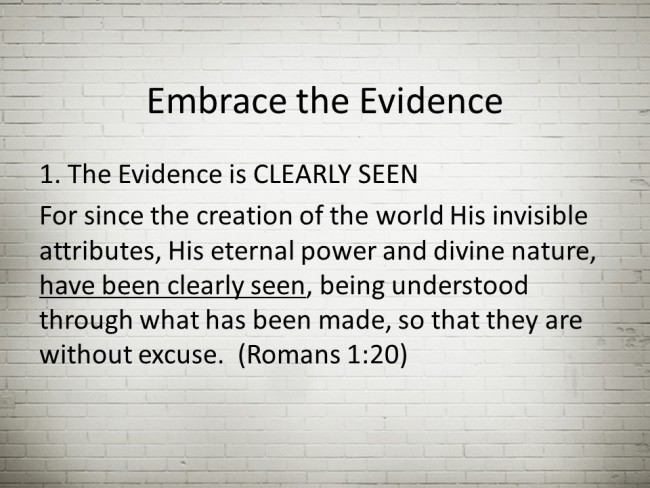 Josh begins his presentation with the Cosmological Argument for the existence of God (argument from creation). The basic idea of this argument is that, since there is a universe, it must have been caused by something beyond itself. It is based on the law of causality, which says that every limited thing is caused by something other than itself. Plato is the first thinker known to have developed an argument based on causation. Aristotle followed.

The laws of nature seem to be carefully designed with human life in mind. Our universe is fine-tuned for life. Gravity slightly stronger or lesser, what would happen?

Let’s talk about details that cannot be accidental… 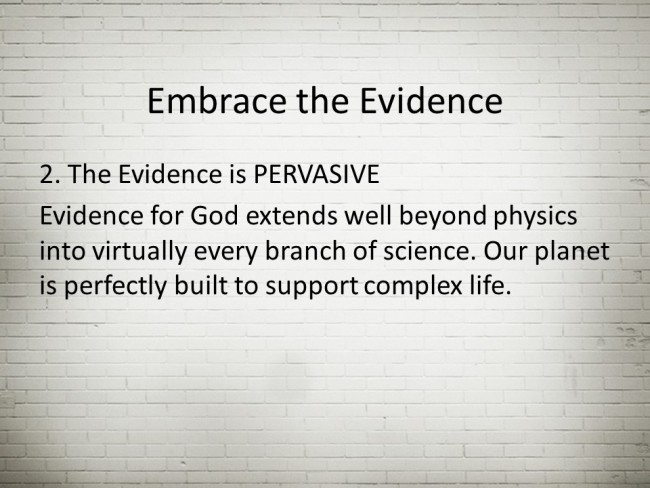 The change of all these details being so perfectly set by chance is unimaginably small, given the number of planets in our universe.

Other factors that allow us to live on the earth: to advance culturally and scientifically. The atmosphere has the right gasses for us to breathe, yet transparent so we can study the stars. The amount of O2 allows us to produce fire and all its uses, but not combust uncontrollably and destroy most of the forests. 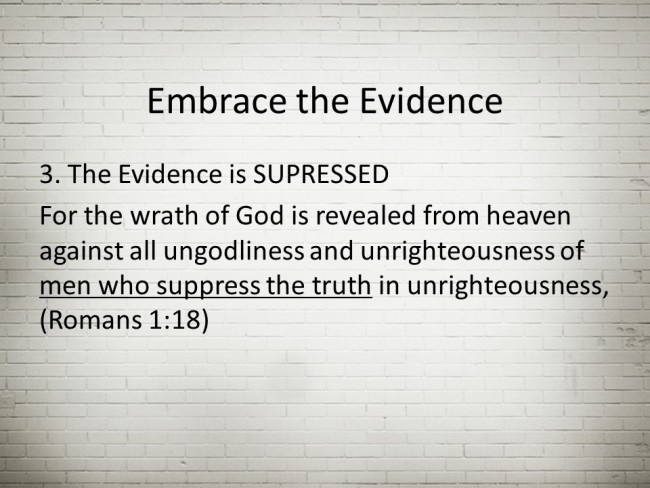 Skeptics suppress the truth by appealing to several excuses:

Richard Dawkins brings up the question of “who created God?” which leads to absurd thinking. He is saying we must have an explanation for our explanation to offer it plausible. Think about the turtle on the fencepost, you don’t have to know how it got there, you simply know that it did not get there by itself. 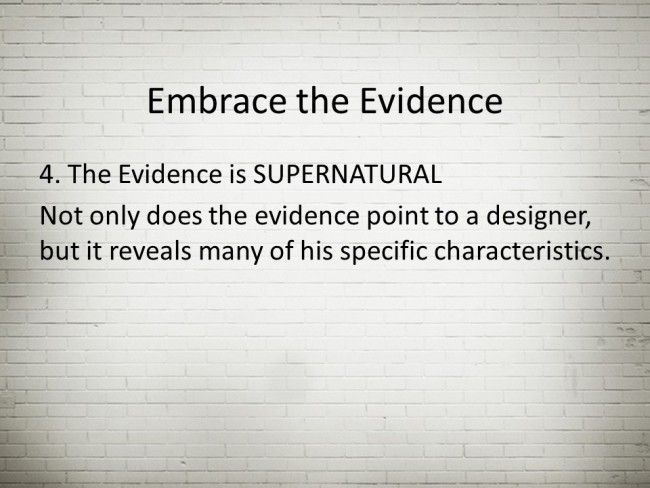 Only an intelligent being can create Mt. Rushmore, so a geologist would not have to abandon his science to recognize that fact. 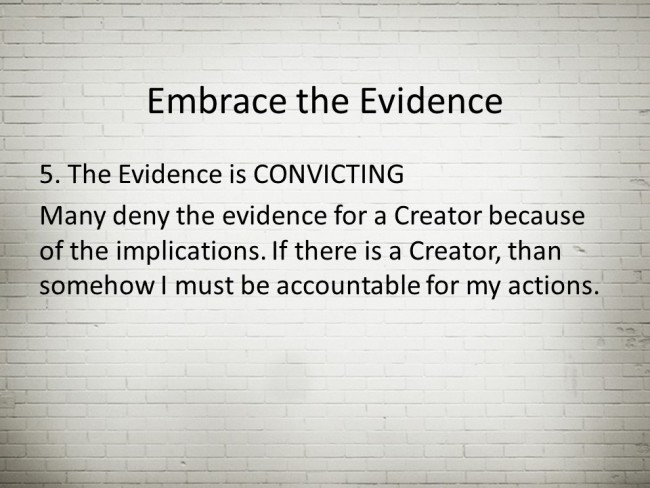 Some people encounter all this evidence, it undermines the foundation of their belief that the universe is all that exists.

When they recognize that they were created, they can somehow have a relationship with this Creator God.

People act like animals because of evolution. If we came from apes, we should have no problem denying moral accountability, so sex at all cost is OK, theft and murder are right because it is the survival of the fittest.

We must help people to sense the Holy Spirit and allow him to convict them of the truth, that they have violated the law in their hearts.

People will either respond in anger, change the topic, or they will come to terms with their denial of God’s existence.

The evidence from science is one of the best ways to begin speaking about Christianity with agnostics and atheists. It dispels the myth that science and faith are in conflict, and supports many truths we find in the Bible.

The Bible is not a book of nature but is not in conflict with nature. Evidence can challenge the very foundation of an atheist’s worldview and can grant them space to consider the reality of God.