This is the second command at the Adult Stage or the Equip Level of disciple-making. Last week was on persecution and handling false accusations, and today it is how to be salt and light in the world; how to be a contagious Christian and a person of influence.

After the beatitudes, Jesus shifts from pronouncements of blessing to instructions about His “new law” (see Matthew 5:21 for example). He compares His followers to salt and light, elements commonly used as metaphors in Jesus’ day. His point in this section is to show that disciples who fail to live a kingdom lifestyle are like something tasteless or devoid of light—undesirable and of no value.

Salt was a sign of God’s covenant with Israel (see Leviticus 2:13). It is a preservative, a flavor enhancer, and a purifying agent. Jews called the law the salt of the earth. Jesus claimed that His disciples exerted this influence. Numbers 18:19 and 2 Chronicles 13:5 speak of “a covenant of salt,” possibly describing the covenant God had established with Israel as one He would preserve forever.

Pure salt cannot lose its flavor or effectiveness, but the salt that is common in the Dead Sea area is contaminated with gypsum and other minerals and may have a flat taste or be ineffective as a preservative. Such mineral salts were useful for little more than keeping footpaths free of vegetation.

Having Lost its Savor:

The verb here used of salt, to become insipid, also means to play the fool. Our Lord refers here to the familiar fact of salt losing its pungency and becoming useless.

Dr. Thompson (“The Land and the Book”) cites the following case: “A merchant of Sidon, having farmed of the government the revenue from the importation of salt, brought over a great quantity from the marshes of Cyprus—enough, in fact, to supply the whole province for many years. This he had transferred to the mountains, to cheat the government out of some small percentage of duty. Sixty-five houses were rented and filled with salt. Such houses have merely earthen floors, and the salt next the ground was in a few years entirely spoiled. I saw large quantities of it literally thrown into the road to be trodden under foot of men and beasts. It was ‘good for nothing.’ ”

As preservatives, disciples are to hinder the world’s corruption. The salt deposits along the Dead Sea contain not just sodium chloride but a variety of other minerals as well. This salt can become good for nothing when the rain washes out its saltiness over the years (see Colossians 2:20).

Christians in the World:

The word “world” in the New Testament is sometimes used as in the Old Testament to mean this earth, the good natural order that God created. Usually, however, it designates humanity as a whole, now fallen into sin and moral disorder, radically opposed to God. People in the world incur guilt and shame by their misuse of created things. Paul can even speak of creation itself yearning for deliverance from the evil occasioned by the fall of Adam and Eve (Rom. 8:20–23).

The outlook and mindset of human societies reflect more of the pride seen in Satan, who for now continues to influence them (John 14:30, 2 Corinthians 4:4, 1 John 5:19, Luke 4:5–7), than the humility seen in Christ. Christians are to empathize with people’s anxieties and needs in order to serve them and communicate God’s love for them effectively.

Christians are to consider themselves pilgrims in this fallen world, through which they momentarily pass as they travel home to God (1 Peter 2:11). The Bible sanctions neither monastic withdrawal from this world (John 17:15) nor worldliness (Titus 2:12). Jesus encourages His disciples to match the ingenuity of the unredeemed who use their resources to further their goals, but specifies that the disciples’ proper goals have to do, not with earthly security, but with heavenly glory (Luke 16:9).

Christians are to be different from those around them, observing God’s moral absolutes, practicing love, and not losing their dignity as bearers of God’s image (Romans 12:2, Ephesians 4:17–24, Colossians 3:5–11). Separation from fallen humanity’s values and lifestyles is a prerequisite for practicing Christlikeness in positive terms (Ephesians 4:25–5:17).

Knowing that God in providential kindness and forbearance continues, in the face of human sin, to preserve and enrich His erring world (Acts 14:16, 17), Christians are to involve themselves in all forms of lawful human activity. By acting in accord with Christian values they will become salt (a preservative agent) and light (an illumination that shows the way) in the human community (Matthew 5:13–16). As Christians thus fulfill their vocation, they will transform the cultures around them.

In Jesus’ day, salt was used to preserve foods like fish from decay. In the same way, believers can help to preserve society from moral and spiritual decay. Of course, in our culture, salt has given way to chemical preservatives (many of which have come under attack in recent years for their alleged role in causing cancer). So Jesus might use a different metaphor were He speaking today.

Perhaps He would talk in terms of an infection-fighting drug, such as an antibiotic like penicillin, or the sulfa drugs developed in the 1940s that have proved so valuable in fighting meningitis and pneumonia. Christians can help to ward off spiritual infections and diseases in the larger society. One of the most powerful arenas for influence is the workplace, particularly jobs that affect values, laws, and public opinion. That’s why believers need to pursue careers in education, government, and journalism, among many others. They may not be able to transform the entire society, but they can use whatever influence they have to promote Christlike values and hinder evil.

Jesus also called His followers “the light of the world” (Matthew 5:14), an image that fits perfectly into modern society. The Lord’s first-century listeners would be astonished at the availability and importance of light in our culture. We use it not only to illuminate but also to communicate. Thus, Jesus wants us as His followers to shine, to be visible and attractive, not to bring attention to ourselves, but to bring people to God (Matthew 5:16). Again, our vocations are one of the primary means we have to reflect Christ to others.

Jesus’ teaching here challenges us as His followers to ask:

3. Do you spend more or less time with friends that you had before you followed Christ?

4. In what ways do you see yourself as a difference maker in your spheres of influence (work, neighborhood, extended family, marketplace)?

6. What happens when your talk doesn’t match your walk (Matthew 5:13)? Your Christian witness is damaged. Tasteless salt is good for nothing but to be thrown out sand trampled underfoot, which happens to the believer who lives contrary to the claims of Christ. This is a false profession of faith. The person is claiming to be a follower of Christ yet has no lifestyle to back up that claim.

I’m not talking about verbal witnessing. The fact is that we are ALL witnesses if we profess to be followers and disciples of Jesus; the issue is whether we will be GOOD witnesses or BAD witnesses.

7. What did people do with contaminated salt in the first century Palestine (Matthew 5:13)? They would throw it away as unusable; it was no longer useful in the purpose for which it was created.

8. What is the second step in Christ’s strategy for making an impact on our world (Matthew 5:14-16, Philippians 2:15)? We are the light of the world, setting an example of righteousness. Those without Christ are lost and dying is a world of darkness looking for hope. Imagine walking through your house with no power, no streetlamp, no night light, no moon light, no candles… in total darkness. Remember the joy as the power returns, the fear dissipates, the darkness flees, we are again part of a community in view of one another.

9. Jesus refers to what good works (Matthew 5:16, Ephesians 2:10, Titus 2:14)? These are OUR good works; yet these works are not for OUR benefit. They reveal a deeper relationship we have with the living God. God affects not only our theology, but our sociology. We live in a world that need

10. How do you feel when someone does something extraordinarily unselfish for you just because you matter a lot to God and them? Do you have an example to share?

13. What is the lie we believe that hinders us from adopting the strategy of Jesus (Matthew 5:15)? 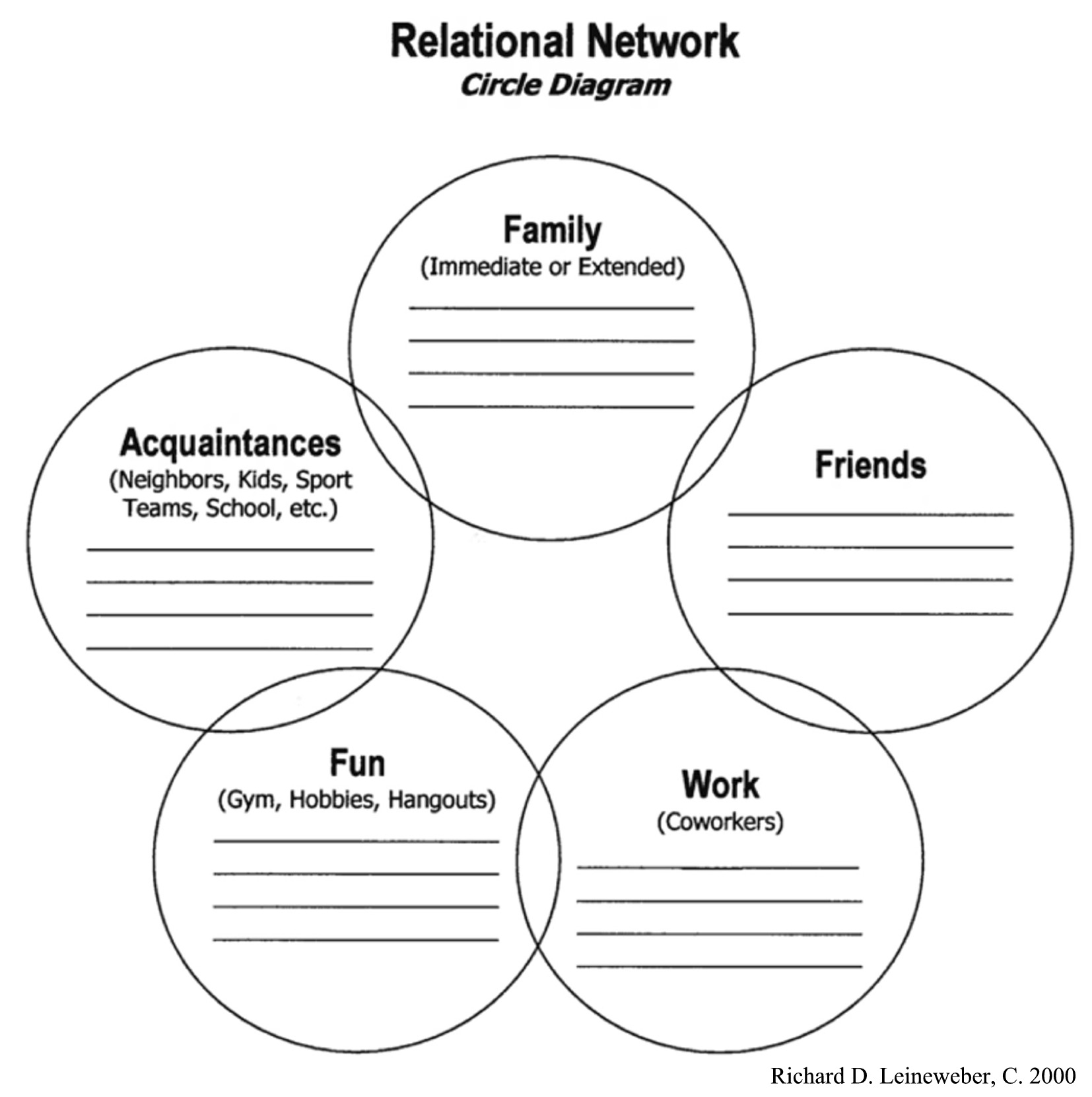 “The pulpit, not the media, is to be the most powerful voice in our land.” Bill Gothard

How to Become a Contagious Christian: (Hybels and Mittelberg, 1994)

Here is how The Messages translates Matthew 5:13… Let me tell you why you are here. You’re here to be salt-seasoning that brings out the God-flavors of this earth. If you lose your saltiness, how will people taste godliness? You’ve lost your usefulness and will end up in the garbage.

The ATTRACTIVENESS of authenticity (honest, truthful, genuine) – Day by day continuing with one mind in the temple, and breaking bread from house to house, they were taking their meals together with gladness and SINCERITY of heart (Acts 2:46). We must be authentic in identity, emotional life, confession, living by conviction (in class I will tell about my Marine friend trained to correctly make up his bunk).

The PULL of compassion…

The STRENGTH of sacrifice… small investments make big dividends. Sacrifices move people, melting the heart, they stop in their tracks and ask, “Why would you go out of your way for me?”

2. Build Spiritually Strategic Relationships: Difference makers are in close proximity with lost people; there is no impact without contact.

3. Do ministry outside the four walls of the church: difference makers have a healthy ministry image and presence in their community. Here is the life of Jesus…

All of this is called, “attractional” but let’s look at four characteristics of Jesus’ ministry that fueled his healthy ministry image: