My sweet daughter is almost 16 years old, and boys have already taken an interest in her, so on this Valentine’s Day I thought I would be proactive and begin the application process for permission to date my daughter. 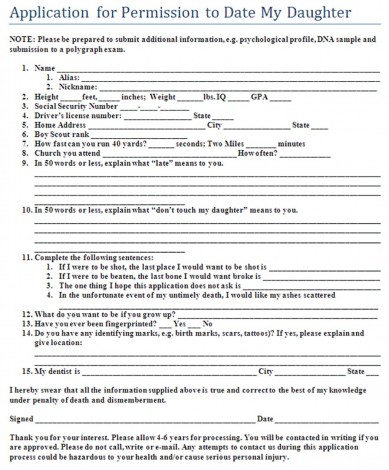 Here is the “dance with your daughter” scene that we did NOT get to see in the Courageous film; a music video featuring Mark Harris’ “When We’re Together.”

We recently showed the COURAGEOUS movie at King’s Grant, with about 230 people in attendance. I hope the men heard the intentional challenge at the end and we want to provide some practical “Next Steps” for a dad ready to make a change. A two-hour film does not bring change, only hopes and good intentions. Getting involved with other men in a small group context will help you put new principles into practice.

Honor really does begin at home. We hope you will leave inspired and challenged to live honorably and leave a lasting impact on the next generation. Maybe you connected with one of the characters in the movie because of your relationship with your dad or your own role as a parent and now you are wondering what to do next to strengthen your own family.

At King’s Grant Baptist Church, we believe in the power of God to change men and families. We want to be a resource for moms and dads and a place where families are strengthened. Here are some potential courageous next steps.

The Resolution statements in the Courageous movie are based upon the highest priorities for men in God’s Word. Each statement describes a commitment you should resolve to live by as the leader of your home. Each of them is a call to action, and living by them will ultimately help you stand before God one day and hear him say, “WELL DONE!”

Here is the Resolution for Men:

I do solemnly resolve before God to take full responsibility for myself, my wife, and my children.

Our plan is to move toward embracing this resolution in 2012. The Men of Steel have a desire to stand in the gap:

I searched for a man among them who would build up the wall and stand in the gap before Me for the land, so that I would not destroy it; but I found no one. (Ezekiel 22:30).

The word pandemic describes a disease outbreak that is larger in scale than expected and covers a large geographical area, often crossing international borders. It is broader in scope than an epidemic and often more threatening. The influenza outbreak of 1918 claimed in excess of 20 million lives worldwide and could easily be described as pandemic.

The is a father factor in America: Studies today prove that children living without fathers are more likely to be poor and to endure significant emotional, educational, medical, and psychological problems. Similar studies reveal that more than 24 million American children currently live without their biological fathers. That statistic is in excess of 36 percent of American children, making fatherlessness a problem of pandemic proportions.

The only solution to this widespread problem is a return to biblical fatherhood: men of courage taking a powerful stand in their homes and communities to love, lead, and protect their children and thereby eliminating the problems associated with fatherlessness.

In the Courageous movie, four men recognize this need and boldly answer the call to be better fathers. While Adam Mitchell and fellow law-enforcement officers Nathan Hayes, David Thomson, and Shane Fuller consistently give their best on their job, “good enough” seems to be all they can muster as dads. But they’re quickly discovering that their standard is missing the mark. They know that God desires to turn the hearts of fathers to their children, but their children are beginning to drift further and further away from them.

As is the case with these four dads, taking the principles outlined in the Bible and applying them to your life as a believer will take courage.

The Men of Steel want to pass the baton of faith to the next generation, so in 2012, we will take seriously the call to be godly husbands, fathers and leaders of our families.